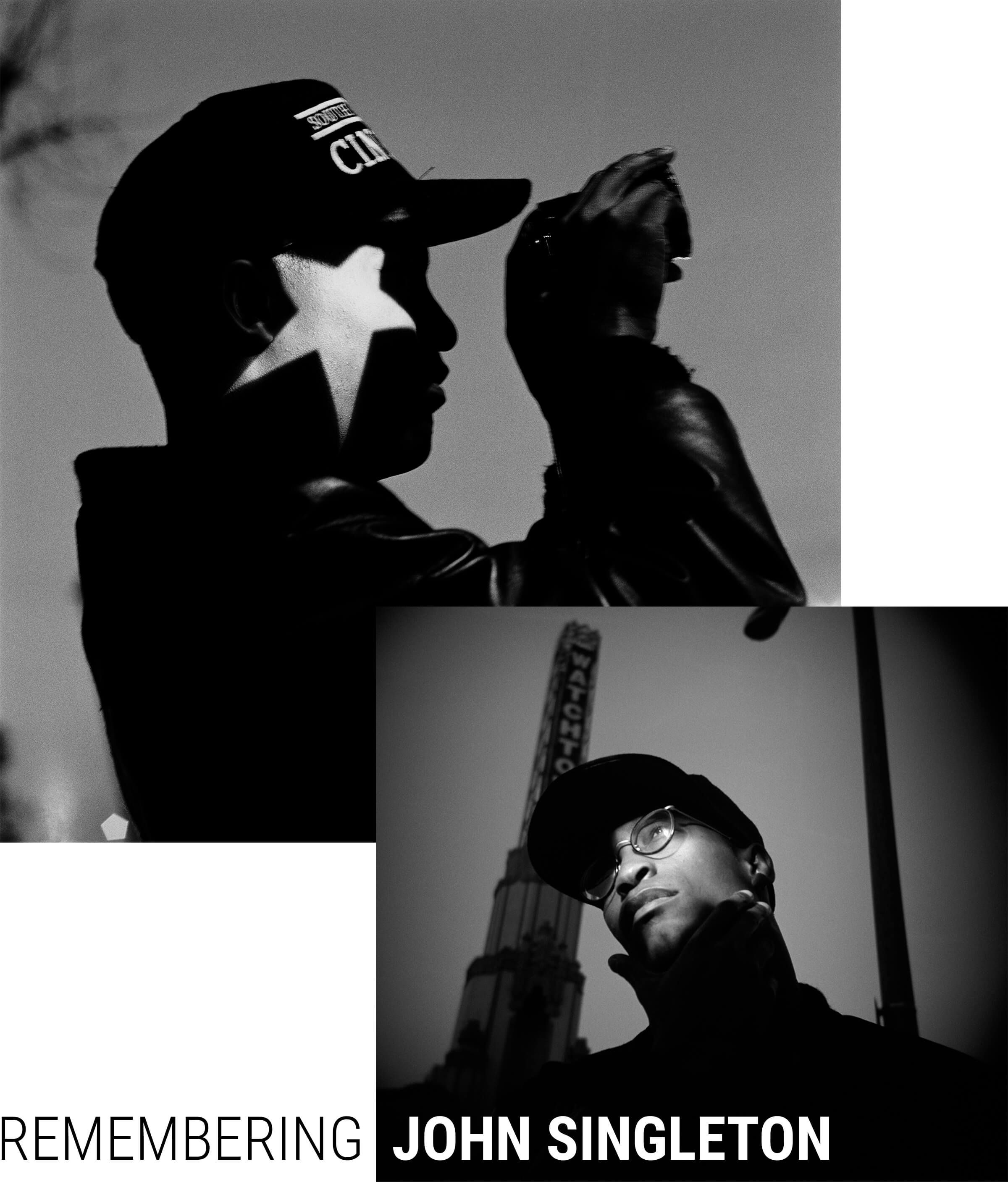 Monday was a sad day knowing that great American Artist John Singleton passed away. John was a truly extraordinary creative artist, and in his memory, I wanted to share a special moment we had many years ago.

I had the privilege of photographing John in 1992, in a shoot that marked my career transition from photojournalist to a celebrity portrait photographer. On a personal level, John has come to represent this final switch from covering events to developing artistic vision in photography art.

0At the time of our memorable shoot, I had spent five years in LA working for People Magazine. Moving from the Boston Herald on an invitation to be one of their regular shooters was hard for me. I loved the storytelling aspect of work as a news photographer but wanted to explore my personal vision. This was uncharted territory. Little did I know John Singleton would help me take the first steps in this direction.

Prior to the Singleton shoot, I had just purchased the Holga camera to experiment with. The Holga was a plastic camera with plastic lenses that took artistically slightly soft images. It also gave me the ability to use my strobes (flash) outdoors.

On that early spring day in March, I picked John up, and he suggested that we go to South Central for a photography backdrop location. I didn’t know that area at all, but I figured the legendary Watch Tower was a good symbol of the neighborhood, and so that’s where we went. I pulled the Holga camera out for the first time. John truly understood how to collaborate and make the elements of the photograph tell a story. During our celebrity portrait shoot, he was true creative partner, contributing his ideas, patience, and intellect.

The experience and resulting portrait were unfamiliar in a new and tantalizing way. With John’s help on that day in 1992, I had broken ground into new photographic territory. Since then, I have moved my career into a more creative and stylized direction of celebrity portrait photography, capturing superstars all around the world. Thank you, John, for taking that first step with me. I will miss your achievement and contribution to this world.